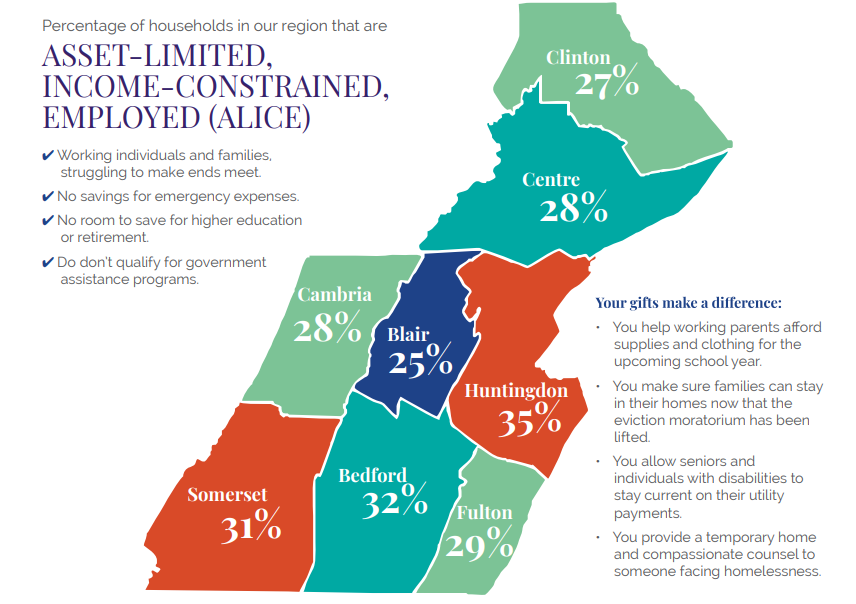 Using data from the U.S. Census Bureau, 24/7 Wall St. identified the city in every state hit hardest by extreme poverty. The study ranked metro areas in each state by the share of the population living below the poverty line in neighborhoods with poverty rates of 40% or higher. While Reading, PA, was found to have the highest concentrated poverty rate, the study notes that its overall poverty rate of 12% is lower than in Johnstown and Altoona, both of which have overall poverty rates of more than 14%.

Poverty impacts more than just an individual or family’s immediate finances. A lack of economic opportunity in the poorest neighborhoods in cities across the United States makes it more difficult for many residents to pull themselves out of poverty.

As part of Catholic Charities efforts to address poverty and financial instability, compassionate case workers spend time clients to help create monthly budgets and work toward more stability. While this is only part of the solution, it makes a difference for clients by giving them hope for the future.